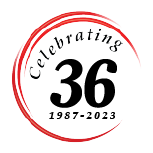 1674
Interactions with Platform & by Email

*Engagement stats are ongoing and dynamic

Panelists are carefully chosen based on their domain expertise and market influence.

Participation in our expert panels is only by invitation. Our project focused panels are constituted of senior executives in business strategy, marketing, sales, and product management at competitive companies worldwide. We also welcome individuals from leading management consulting, venture capital, private equity, investment management and related firms with domain expertise and are actively monitoring specific companies or industries. Our panelists bring unique market perspectives and unbiased intelligence to our ongoing research programs.

Expertise to the Power of YOU!

Note - Offer is limited to one participant per company. Offer may be withdrawn at anytime without notice once our annual maximum participation of leading players is fulfilled. Offer by invitation only, to enterprise executives in from companies featured in the project ranked. If you’ve received our initation, you’re qualified! If not, you may check your eligibility by registering to join our Project Expert Panel. Typically you must be have a Marketing, Strategy, Product Management or Business Development, role as a CXO or VP or Director or Manager directly involved with the P&L of the products or services covered in the report. You must complete all modules in the Primary Research Data Simulator.

Global Robotic Software Platforms Market to Reach US$11.3 Billion by the Year 2026

Robotic software represents a system that is enabled by artificial intelligence (AI) and used for guiding different tasks or functions performed by robots. The software enables functions for increasing safety, motion, intelligence and productivity of operations. It gives robots the ability to feel, see, learn and also maintain security. Rapid adoption of robotics by the industrial sector creates strong demand growth scenario for robotic software. With a stupendous increase in use of robots across various sectors, demand for robot software would also increase significantly. Rapid developments in the areas of IoT, AI and other software technologies led to a major spurt in the global market for robot software in the recent years. Sensor miniaturization would also drive increased adoption of robotic technologies across various industries going forward. Mobile robot platforms in particular employ complex sensors. Miniaturization of sensors would lead to reduction in costs of both sensors and mobile robotic platforms, which would lead to even higher adoption across new applications such as delivery, logistics and surveillance among others.

Amid the COVID-19 crisis, the global market for Robotic Software Platforms estimated at US$8.5 Billion in the year 2020, is projected to reach a revised size of US$11.3 Billion by 2026, growing at a CAGR of 4.9% over the analysis period. Original Equipment Manufacturers (OEMs), one of the segments analyzed in the report, is projected to grow at a 4.7% CAGR to reach US$8.1 Billion by the end of the analysis period. After a thorough analysis of the business implications of the pandemic and its induced economic crisis, growth in the Third-Party Vendors segment is readjusted to a revised 5.4% CAGR for the next 7-year period. This segment currently accounts for a 31.4% share of the global Robotic Software Platforms market.

The Robotic Software Platforms market in the U.S. is estimated at US$2.7 Billion in the year 2021. The country currently accounts for a 30.56% share in the global market. China, the world`s second largest economy, is forecast to reach an estimated market size of US$1.4 Billion in the year 2026 trailing a CAGR of 6.2% through the analysis period. Among the other noteworthy geographic markets are Japan and Canada, each forecast to grow at 3.7% and 4.2% respectively over the analysis period. Within Europe, Germany is forecast to grow at approximately 4.5% CAGR while Rest of European market (as defined in the study) will reach US$1.5 Billion by the end of the analysis period. Significant opportunities for growth, for developers of robot software, are expected in the Asia-Pacific market going forward. Major economies that would contribute to such growth are China, South Korea, India and Singapore where adoption of robotic technologies across industries is increasing tremendously. China for instance, increased focus on robotics and AI. Recently, a three year AI implementation program was announced by the National Development and Reform Commission of China, for acceleration of advanced technologies adoption by all critical industries which would enable the country to become the global superpower by the end of this decade. 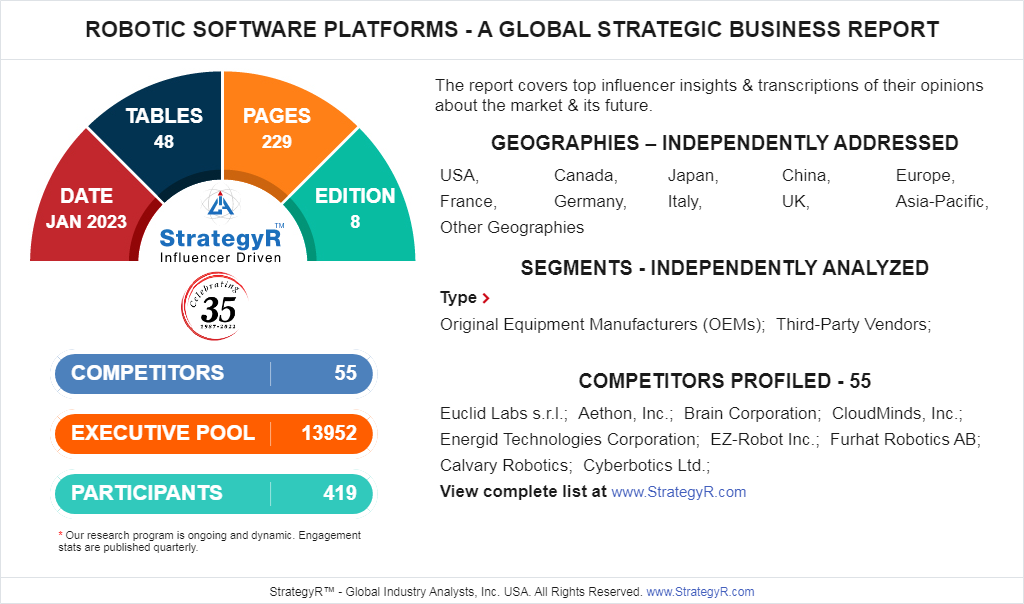 Our robust permission-based engagement strategy requires a one-time double opt-in and/or re-consent for all users. We will re-establish consent once a year from date of last use. Both these practices exceed GDPR mandates.

What we store: Primary coordinates such as email, company address and phone. In-house developed influencer rank.
How we store: Encrypted and additionally secured by firewalls.
How we use your data: Only to contact you directly. We never share your coordinates with any individual or entity outside our company for any reason.
Privacy queries: Privacy@StrategyR.com

Our research offerings primarily draw upon unique perspectives of participating executives and their experiences in operating and strategy roles. These geo-focused insights enrich our projects .

What we are NOT - Our reports are not editorial exercises of remote analysts’ secondary source fed content that predominantly flood today’s off-the-shelf market report business. (A review of 262 publishers).

WHAT SETS US APART

Program Transparency: Clients have access to engagement stats of companies and executives. Clients may commission third-party audits of our influencer engagements at their expense.

Primary Research: We have a very successful incentive driven primary research program presenting a rich experience to participating executives. Featured company executives can sign up for a complimentary.

Collaborative Intelligence: Our platform presents a unique features for executives to collaborate with peers across geographies and participate on various product or regional perspectives for a collective unified insider project experience.

Global Brand Intelligence: We present competitive brand intelligence at the company level for players worldwide. Executives from brand owner companies participate to curate each brand for relevance and market presence.

Bespoke Updates: Our peer-to-peer online interactive platform enables client companies to build upon our project data stacks to build bespoke editions for internal sharing and use. Client company can build one complimentary update per year and unlimited updates for additional fee. Bespoke updates are fulfilled within a two-day turnaround.

Renowned Support: We pride in our commitment to provide support to our clients. We go beyond the scope of the study to get you timely answers.

Complimentary Updates: Unlike the industry’s published PDF’s that are frozen in time from date of release, our research programs are ongoing and dynamic. Our reports are updated whenever there’s a major event impacting the marketplace. Your license offers seamless updates for one year.

No Fluff: We offer our clients the best CX with clean easy to read content. No verbose fluff. We offer clients full access to the entire stack of hundreds of pages of secondary research feeds used in our project via our online MarketGlass portal.